Like many local people, I fell in love with Alderley Edge as a child; it was undoubtedly ‘The Edge’ that inspired my quest for that magical hazy line, somewhere between myth and history, and certainly where I fell in love with the romance of the turning leaves of autumn. It was therefore both a pleasure and a privilege to talk about the Alderley Edge project with John Prag, Honorary Professor at the Manchester Museum and Professor Emeritus of Classics at the University of Manchester, who is not only editor and contributor, but who has been the driving force behind publication of this monumental tome The Story of Alderley: Living with the Edge.

A legend of a sleeping king, a wizard and a hoard of treasure, and stories of prehistoric ritual and sacrifice … what is not to fall in love with?

It all started with a shovel …

… And 20 years later, the most complete, interdisciplinary volume on Alderley Edge, weighing in at over 1,000 pages and 2.66 kg, has finally been published.

Alan Garner, author of the much-loved children’s book, The Weirdstone of Brisingamen, back in his school days of 1953, rediscovered a wooden shovel in his Cheshire Primary School, originally found in the Alderley copper mines in 1875.

‘The Weirdstone of Brisingamen’ by Alan Garner, first published in 1960

Perhaps it was coincidence, or maybe some things are just meant to be, but some 40 years later, in 1991, Alan asked then Keeper of Archaeology, John Prag, out to his house in Cheshire to show him some antiquities which he intended to give to the Museum, among which was the shovel. Alan Garner recalls that John did recognise the shovel as the one found in 1875. Despite other experts having dismissed it as a Tudor winnowing fan, a child’s toy spade, or a medieval peat-cutting spade, Alan’s research had led him to the conclusion of a Bronze Age date, and when he handed the object over to John, Alan bravely agreed that the museum should get a radiocarbon date for it. The C14 date obtained confirmed that the shovel was indeed nearly 4,000 years old.

Manchester Museum has had a relationship with Alderley Edge since the late 1870s when William Boyd Dawkins took an interest in the site, but it was Garner’s shovel, followed by the discovery in 1995 of a hoard of over 500 Roman coins at the top of an old mineshaft by the Derbyshire Caving Club, that triggered this monumental research effort, a joint research venture of the Manchester Museum and the National Trust, with the book The Story of Alderley: Living with the Edge launched at Manchester Museum this week.

The first book launch was in Alderley, as a thank you to the local people. The second launch event took place at Manchester Museum, with speeches by the museum’s director Dr Nick Merriman, who has continued his predecessor’s support of the project, and Michael Wood, Professor of Public History at the University of Manchester and internationally renowned for his historical documentary films, including most recently The Story of China shown on BBC2. 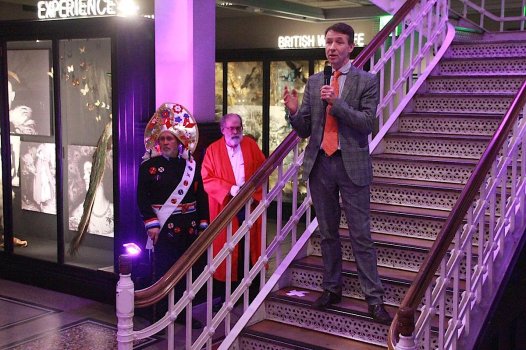 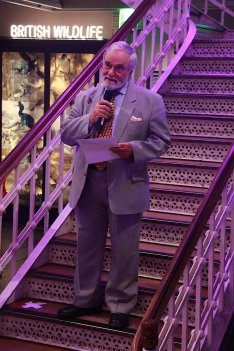 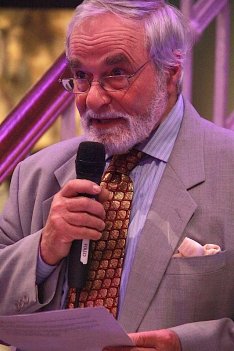 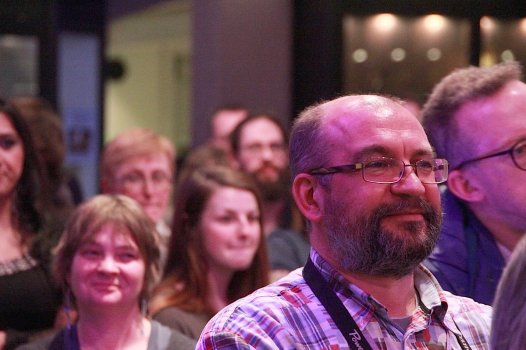 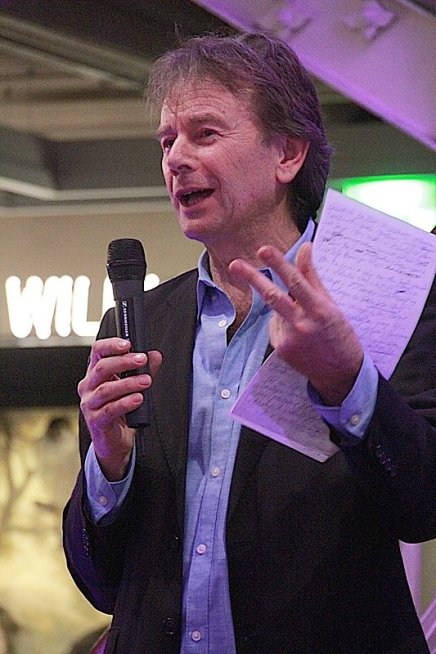 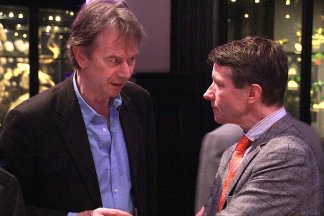 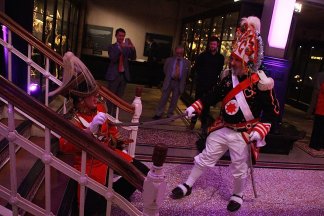 Book Launch for ‘The Story of Alderley: Living on the Edge’. Photo by Aidan O’Rourke. 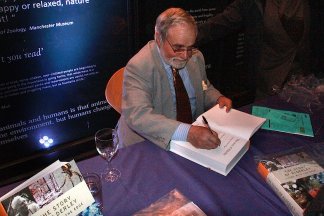 The launch of ‘The Story of Alderley: Living with the Edge’. Photos by Aidan O’Rourke

The editor and driving force behind the publication, Professor John Prag may modestly grumble, but the magnitude of his accomplishment cannot be underestimated; it is obvious to everyone both inside and outside the project, that it has been a labour of love (although it may not have felt like this much of the time!), and reflects a passion for this magical place, its history and stories, and perhaps most importantly, its people. Alderley is a real village, with real people, whose lives, memories and stories forever will be entwined with the physical and social landscape of the place, and without whom a project like this could not have worked – with both practical and archival support, and the recording of innumerable hours of recorded oral histories.

In recent years there has been a distinct shift within universities and museums towards multi-disciplinary collaboration, but back in 1995 when Professor Prag was tasked with putting the project together by then director Tristram Besterman, this was for many uncharted territory, and a collaboration which was to see the involvement of all of the Museum’s keepers (excepting of course Egyptology – it would have taken more than legends of the supernatural if ancient Egyptian remains were to be found at the Edge!), as well as other University departments and specialists from outside.

The book includes the discovery of two new species of bramble and a retelling of the legend by Alan Garner, which takes the story back into prehistory, as well as the full story of his Bronze Age copper miner’s shovel.

It may have started with a shovel … but has ended up as a tour de force of research, scholarship and storytelling, at once both popular and academic. Indeed aptly titled, The Story of Alderley: Living with the Edge, as many of the contributors, and particularly editor, have indeed been living with the Edge for the last 20 years!

For me, as for many people both young and old, Alderley Edge has a sense of place that is hard to pin down. Whether this is connected to legends of kings and wizards, or simply the natural beauty of the area, this book will go a long way to defining the physical and social landscape that gives the Edge its … edge!

John Prag compared this project to herding cats, well all those cats seem to be happily purring away in their pens.

The Story of Alderley: Living with the Edge is available now at Manchester Museum’s shop at a special 20% launch discount price of £40 (from which staff can get a further 20% discount). Members of the public can buy the book from Blackwell’s in the Precinct at £40, and also from the Manchester University Press website at the 20% discount, when quoting the code OTH578.

To find out more about archaeology at Manchester Museum visit the curator’s blog – Ancient Worlds.

Read more from the Visitor Team about archaeology, myth and history;
Mythical Creatures in Manchester Museum
Women of Antiquity
There be dragons here …
A closer look at the Katanga Cross

2 thoughts on “Living with the Edge”